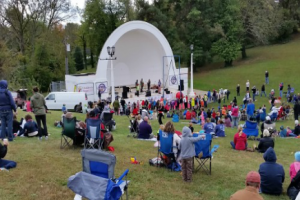 Let me start by saying that I am a proud organizer of DevouGrass, which is a Music and Arts Festival that started last year in Devou Park as a way to bring the community together to raise money for the Children’s Home of Northern Kentucky while enjoying some great tunes and delicious food.  Last year our festival took place on a rather cool and blustery day, yet that didn’t dampen the mood of the festival goers one bit.  People just bundled up, cuddled together and made the best of the day despite the chill in the air.  It was such a fun day…folks were singing and dancing, kids were rolling down hills, clowns were juggling, many were shopping from unique local crafters to get a jump start on their holiday shopping,  hot apple cider was being sipped, and the food trucks were selling some amazingly delicious grub.  It was a perfect day, and in the end $10,000 was raised to help the Children’s Home of Northern Kentucky.  I’m so excited to be a part of this wonderful event, and I do hope that you will mark your calendar and join me this September for our second annual event.  It’s going to be even bigger and better this year, with a Bike Bonanza and Braxton Brewery joining the festivities!

DevouGrass Music and Arts Festival Expands to Include Bike Bonanza;

Returns to Devou Park This Fall 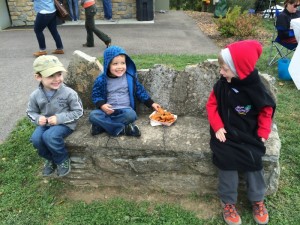 The second annual DevouGrass Music and Arts festival will be held at Covington’s Devou Park Bandshell on September 26, 2015. The family-friendly fest will remain free to attend and feature music, artisan craft vendors, food trucks, and entertainment for kids of all ages. Proceeds will once again be donated to Children’s Home of Northern Kentucky for youth substance abuse disorder programs.

Among the new additions this fall will be a partnership with The Devou Park Trails Collective to combine their Fall Bike Bonanza with the DevouGrass festival. The collaboration will bring adult races, organized rides, and demonstrations throughout Devou Park. Schedules will be posted as the event nears.

For younger fans, Children, Inc. will help run morning bike races with medals and prizes specifically for kids ages 12 and under. And the Kenton County Public Library will return with storytelling and more crafts and hands-on activities for children. 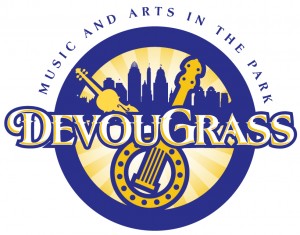 Extra space will be designated to allow for additional food trucks and craft vendors, while both will remain mostly local and varied. A special partnership with Covington’s newest brewery, Braxton Brewing Co., is currently in the planning stages with details to follow soon. A list of vendors will be posted on the website in the coming weeks.

DevouGrass founder, Rebekah Gensler, believes the growth is right on track for the event’s second year. “Growing the festival by strengthening ties with local community groups is what we’ve wanted to do from day one. It was heartening to us last year when, despite not having the best weather, so many people still showed up to support us. We ended up having quite a successful event for CHNK, our vendors, and the community,” says Gensler. She adds, “We’re extremely grateful for that, so we’ve decided to expand a bit this year.”

The first DevouGrass Music and Arts Festival was held on Oct. 4, 2014 in Devou Park and raised more than $10,000 in donations for Children’s Home of Northern Kentucky.

Find out more about DevouGrass and the latest festival updates at www.devougrass.com or on Facebook. 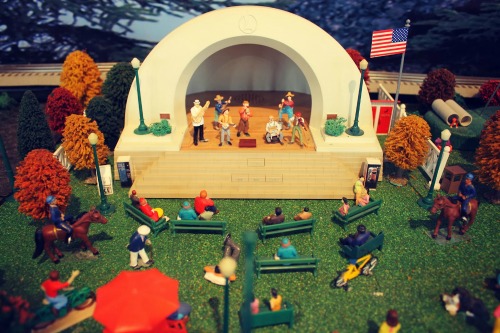