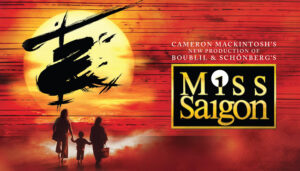 We had the pleasure of seeing Miss Saigon and all her glory at the Aronoff Center for the Arts presented by Broadway in Cincinnati.  This show was spectacular and made us feel all of our emotions from sadness to joy and everything in between in just a few hours.  The music, the set, the theatrics and the costumes were all out of this world, but it was the performances by the main cast that really blew us away.

Get your tickets now so you do not miss this epic production, it is in town until April 21st.  This painfully beautiful love story is really something to behold.  There are mature themes in the show that might not be suitable for young children.

If you want to get a glimpse of how the show was created be sure to watch the The Heat Is Back On from Universal, you can find it on DVD or watch on Amazon. 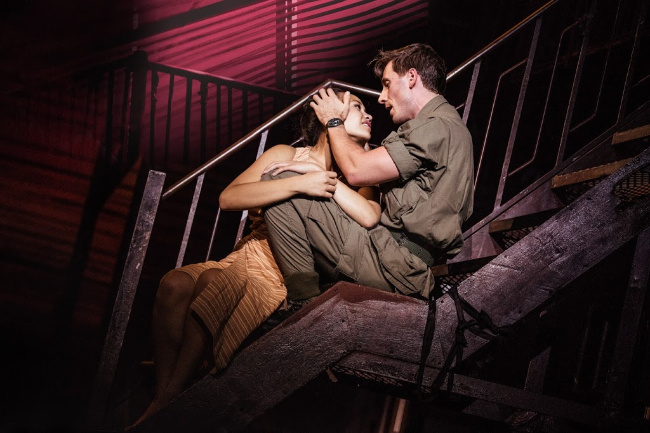 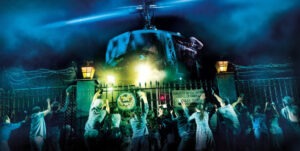 Cameron Mackintosh said “It’s hard to believe that it has been over 27 years since MISS SAIGON first opened in North America but, if anything, the tragic love story at the heart of the show has become even more relevant today with innocent people being torn apart by war all over the world. This brilliant new production, directed by Laurence Connor and featuring the original dazzling choreography by Bob Avian, takes a grittier, more realistic approach that magnifies the power and epic sweep of Boublil and Schönberg’s tremendous score. Of all my productions, despite its popularity, MISS SAIGON is the one that the public has had the least chance to see as it requires such a huge international cast of Asian and Western performers and a vast array of visually stunning sets. Now, for the first time in 17 years, as it continues to wow audiences in major cities around the world, theatregoers across America will be able to see one of the most spectacular musicals ever written in all its glory, in a new production that critics in London and on Broadway have embraced.” 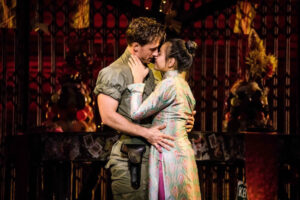 MISS SAIGON tells the story of a young Vietnamese woman named Kim, who is orphaned by war and forced to work in a bar run by a notorious character known as the Engineer. There she meets and falls in love with an American G.I. named Chris, but they are torn apart by the fall of Saigon. For 3 years, Kim goes on an epic journey of survival to find her way back to Chris, who has no idea he’s fathered a son. This new production features stunning spectacle and a sensational cast of 42 performing the soaring score, including Broadway hits like “The Heat is On in Saigon,” “The Movie in My Mind,” “Last Night of the World” and “American Dream.”

Since its London premiere in 1989, Cameron Mackintosh’s production of Alain Boublil and Claude-Michel Schönberg’s epic musical MISS SAIGON has become one of the most successful musicals in history.  The original Broadway production of MISS SAIGON opened on April 11, 1991 with what was the largest advance sale in Broadway history ($37 million).  The show went on to play for nearly ten years with 4,111 performances and was seen by more than 5.9 million people.  MISS SAIGON has been performed in 32 countries, over 350 cities, in 15 different languages, has won over 70 awards including 2 Olivier Awards, 3 Tony Awards and 4 Drama Desk Awards and been seen by over 36 million people worldwide.

The new production of MISS SAIGON opened in London in May 2014 to record-breaking advance sales and critical acclaim.  The Daily Telegraph wrote, “This thrilling new production spills out beyond theatre and speaks directly to the times we live in—magnificent performances.”  The Daily Mail said, “The greatest musical of all-time just got even better!”  The London Times called the production “thrilling, soaring and spectacular.” NY1 proclaimed “the new Miss Saigon soars to the rafters!” And The New Yorker called Miss Saigon “a dynamite Broadway revival!”

The new production of MISS SAIGON just completed a triumphant UK/International tour that played 19 months and visited 14 cities.  Additional productions will open during the next few years in Asia.

Single tickets for MISS SAIGON are available at https://www.cincinnatiarts.org/. Performance dates & times are: Tuesday – Thursday at 7:30PM, Friday at 8:00PM, Saturday at 2:00PM and 8:00PM, Sunday at 1:00PM and 6:30PM. For groups of 10 or more, contact the group sales department at 513.369.4363. Performance schedule, prices and cast are subject to change without notice. For more information on additional shows in the Fifth Third Bank Broadway in Cincinnati season presented by TriHealth please visit BroadwayInCincinnati.com.

Disclaimer:  I was given complimentary tickets to see Miss Saigon for review purposes, but all opinions are 100% my own.