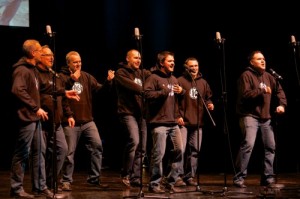 If you missed all the wonderful Arts events that happened this past weekend for Macy’s Arts Sampler Weekend have no fear…ArtsWave has another fabulous event coming up!  On April 8th choirs from several local companies will come together for an epic sing-off hosted by Drew Lachey called CincySings.  Tickets are on sale now, and the money raised from these tickets goes to the ArtsWave Community Campaign, so they can keep doing all the great artistic endeavors they do in our communities!  Get your ticket now, or attend the Semi-Finals for free on March 14th, OR get your choral group together and enter for a chance to be in the competition as the “Wild Card” entry.  This event sounds like a fabulous fundraiser to me.  I’m all about attending fundraisers that support the arts in our community.  Art is very important to me and to my family, and I love that we live in an area with such a rich artistic presence.

The second annual region-wide choral competition, CincySings, hosted by artist Drew Lachey at Music Hall will take place on Wednesday, April 8 at 7:00 p.m. Teams of employee choirs from top regional companies that participate in the ArtsWave Community Campaign will face-off in this high-energy evening of music and fun. 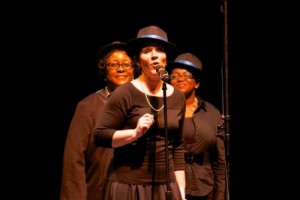 Tickets start at $20 and go on sale online March 1st. Proceeds benefit the ArtsWave Community Campaign. VIP tickets are available for $50, which includes entry into the event and a pre-show reception with celebrity host and judges, sponsored by Accenture. Media partners for CincySings are Q102 and Enquirer Media. The winning team of CincySings will receive a special prize package from ArtsWave and have the chance to sing the national anthem at  ArtsWave’s “Art in the Park” Cincinnati Reds game on August 23.

“Last year’s CincySings introduced an entirely new way to engage employees at workplace campaigns,” said Alecia Kintner, President and CEO of ArtsWave. “The event inspired great company and community pride and brought everyone together to celebrate the arts and their impact on our lives. We knew we had to do it again and we found more companies were eager to get in on the action.”

CincySings builds on Cincinnati’s incredible choral tradition, beginning with the May Festival Chorus and extending through the 2012 World Choir Games. For several years, both P&G and Cincinnati Children’s Hospital Medical Center have run “Sing Off” events as part of their ArtsWave workplace giving campaigns, encouraging employees to create small choral groups and take the stage in support of ArtsWave. Last year, Melanie Healey, Group President – P&G North America and Chair of the 2014 ArtsWave Community Campaign, suggested expanding the concept to encourage other top regional companies to run internal competitions and then send their winning choirs to face-off in a friendly showdown. The event was a great success, bringing together employees from ten local companies for an amazing evening of music. CincySings also raised awareness for ArtsWave and participating companies increased their giving by an average of 11%.

“CincySings brought our employees together in a new and creative way,” says Manny Rios, President and CEO, American Modern Insurance Group. “It helped us raise more funds for ArtsWave than ever before and also generated a lot of goodwill and team spirit among the entire company.”

Four companies that took top honors at last year’s CincySings will go directly to the final round: P&G, GE Aviation, American Modern Insurance Group, and Cincinnati Children’s Hospital Medical Center.  All other teams must compete in the CincySings Semi-Finals, a new round of the competition added for 2015, for the remaining slots.

“When we saw how many teams were interested, we realized that we needed a Semi-Finals round to narrow down the competition and keep the final performance under a reasonable time limit,” says Laura Boggs, Campaign Manager, ArtsWave and Director of CincySings. “We think the extra round of competition should be great fun to watch.” 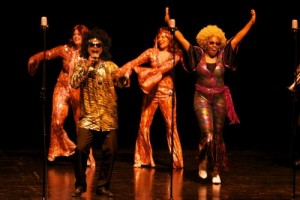 The CincySings Semi-Finals will be held March 14 at the Aronoff Center’s Jarson-Kaplan Theater from 2:00 to 5:00 p.m. and open to the public with free tickets available at the door on the day of the show. Radio personality Jeff Thomas of Q102’s “Jeff and Jenn” will be Master of Ceremonies for the CincySings Semi-Finals. Teams will have the option to be coached by local professional vocal artists in the weeks leading up to the event.

To expand the competition beyond the corporate community, one additional “Wild Card” team will be chosen by fan vote during the week of March 23rd.  Any group can form a Wild Card team including churches, schools, families, etc. Submissions will be accepted from March 16-20. More details about how to enter and vote will be released soon.

Cincinnati native and recording artist Drew Lachey returns as host for CincySings.  Drew is best known for being a member of the pop group 98 Degrees and as the crowned champion of season two of Dancing with the Stars. In addition to his vocal and dancing talent, Drew is an experienced stage actor with such Broadway roles as Patsy in Spamalot and Mark Cohen in Rent. Drew is a champion for the arts in Cincinnati. A graduate from Cincinnati’s School for Creative and Performing Arts, Drew is also the founder of Lachey Arts, an arts education company focused on using real working situations to better train young performers.  Drew has extensive hosting experience including appearances on Dancing with the Stars, the Miss USA Pageant, The Price is Right and, closer to home, the 2012 World Choir Games.  Drew is also co-owner of Lachey’s, a new sports bar in Over-the-Rhine, and focus of an upcoming reality series on A&E this spring. 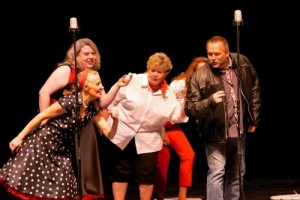 “I’m excited to be back hosting CincySings,” said Lachey. “The talent of these choirs is truly amazing – an event you’ll see only in Cincinnati. And it’s an opportunity to support ArtsWave and the many arts organizations that make Cincinnati such a great place to live.”

As the nation’s first and largest community campaign for the arts, ArtsWave supports the work and impact of over 100 arts and cultural organizations with grants and services. More than 400 companies and 40,000 donors contribute to the effort each year, many through workplace giving campaigns.

Disclaimer:  The Little Things Blog has partnered with ArtsWave to help spread the word about some of the fun events they have going on throughout the year.  Details for this post were provided by ArtsWave, and the pictures are from the ArtsWave Facebook page.  Thank you ArtsWave for bringing such great artistic opportunities and events to our community!