Last summer we had a big birthday celebration for all four kids at a local Civic Club. I wanted to find a common theme that they were all interested in, and settled upon a LEGO Birthday Party! They all love their LEGO blocks and especially their Minifigures. When I told them my idea they all loved it. With that being said, the kids have already mentioned how they want to have their birthday at a kids indoor play center, which I also thought was a great idea. But until then, the LEGO party was a great shout this time around.

Planning a LEGO birthday party was quite simple, because there are so many ideas out their on the world wide web (check out this LEGO roundup), and especially on Pinterest (check out my party board for more ideas). Here’s a few things we did to make our LEGO Birthday party special & fun:

THE INVITES ~ First we made the invites. I found my inspiration on Chez Beeper Bebe…she had such a cool creative idea! Check out the Chez Beeper Bebe’s blog, so many fun ideas there! 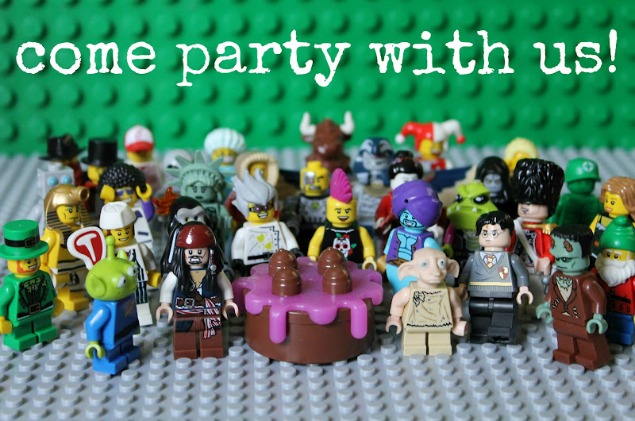 THE SWEETS ~ We had lots of sweets & junk food at the party of course! Including simple chocolate & vanilla cupcakes with white icing. I fancied them up by using LEGO Cupcake Toppers that I ordered from Etsy. Unfortunately, the store where I purchased them no longer appears to be there, but if you search LEGO cupcake topper you will find plenty of options! 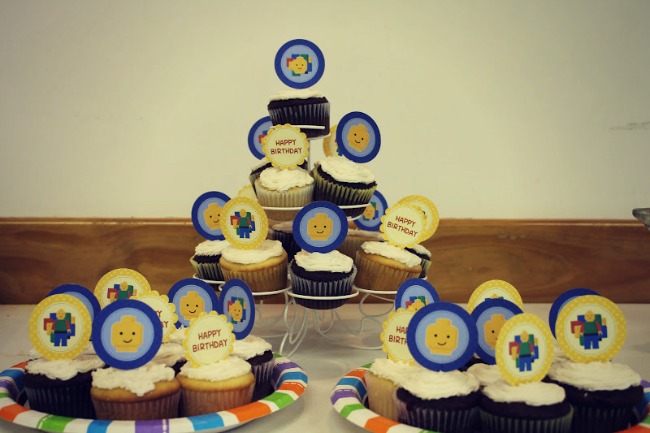 CANDY ~ And then there were the LEGO candies. I found the LEGO brick candy on the right at Fawn Candies in Cincinnati, but I’ve seen them at other candy shops as well. Then I purchased some candy bar wrappers that looked like LEGO bricks from Party Printable Plus on Etsy. I just picked out candy bars that were peanut free for Sam and wrapped them with the LEGO wrappers. Looking back, I should have bought the little mini bars so the wrappers would have fit better. 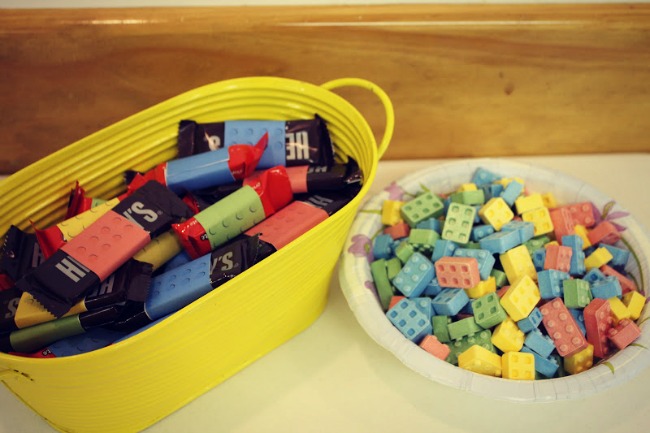 MINIFIG WATER BOTTLES ~ We had to have some water on hand to wash down all the junk food….I bought printables to put on the water bottles, but my ink was low, so instead of printing them I just made them with yellow paper and a black sharpie…easy peasy. I do know that some people have checked out Custom Water bottles, you get to have a customized logo of your choice and decide what type of water bottle you want, perfect for partys, events and special days! I think we’ll give them a go next time. 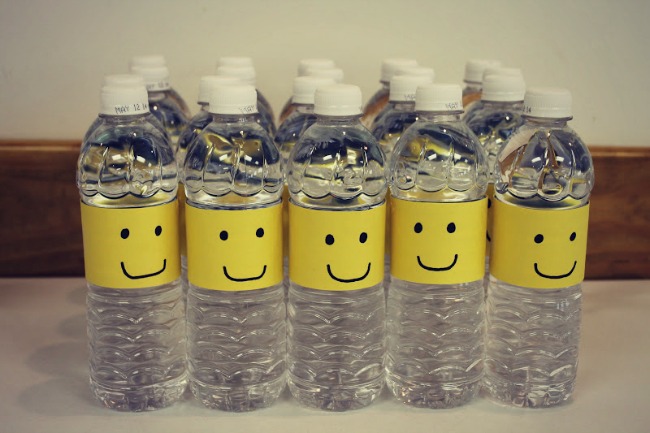 FUN & GAMES ~
We played pin the LEGO on the target. I used printables from Party Printables Plus to make the LEGO brick for each child to “pin” on the target. And if you can’t tell, I drew the target myself (it was terrible…but the kids didn’t mind at all). 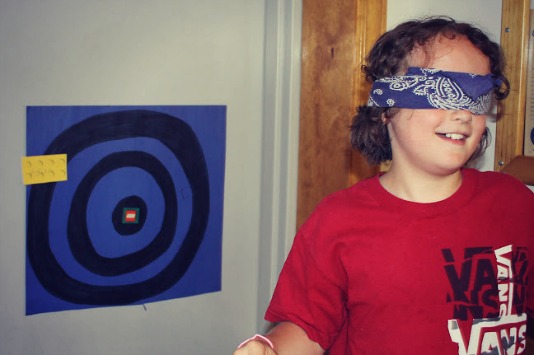 I also printed some coloring sheets for the kids. It was an indoor/outdoor party, but it was a hot day, so I wanted to have some indoor things for them to do when they needed to cool down. I found the coloring sheets on Cartoon Jr. 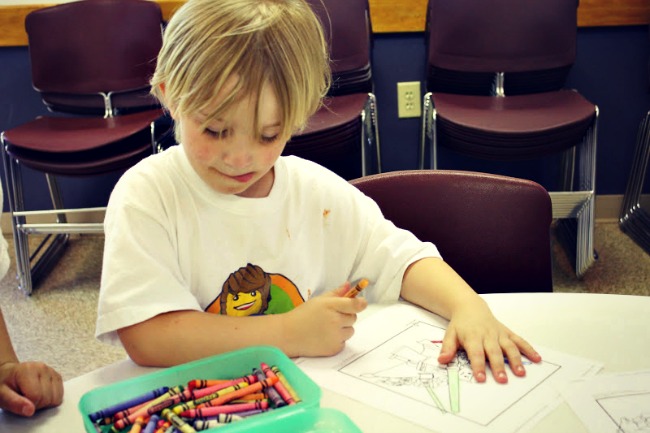 I also wanted to have LEGO blocks there for the kids to play with, but didn’t want to deal with cleaning up the smaller blocks, so I took our big box of DUPLO blocks, and the kids had a blast building with them! 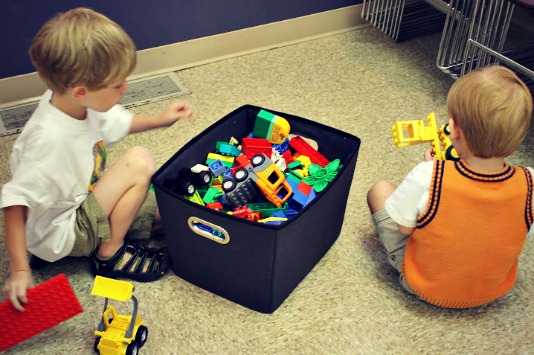 And last but not least, I had some fun LEGO facts printed out, just for some light reading 😉 And we had a “guess how many LEGO blocks” game…and even the adults got into that game! 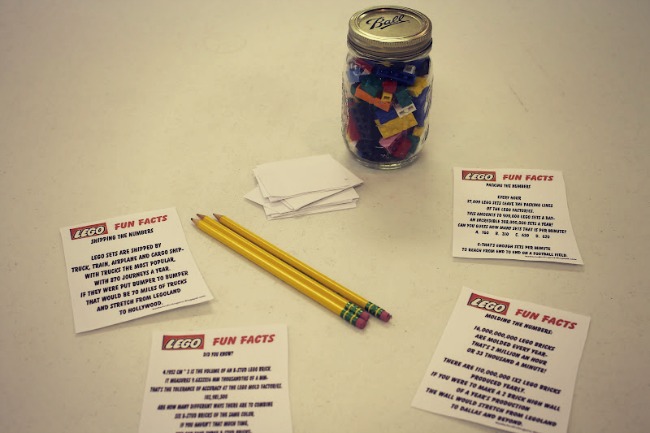