Burgers, Beer and an Unbeatable Backdrop at City View Tavern 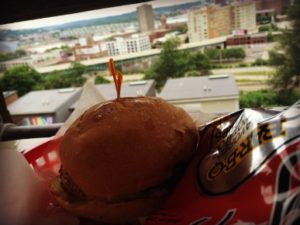 When you want to grab a burger in Cincinnati or Northern Kentucky you have quite a few options to choose from.   We have a few favorite burgers around town and one can be found at the City View Tavern, a small establishment with great big views and burgers to write home about.  After Michael found out about this place he went three times within as many weeks.   After he had been twice…once with my father and brother, and once with his father…I decided that it was my turn. 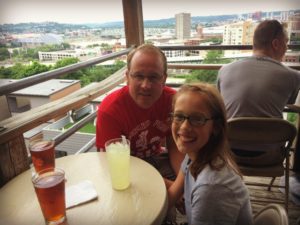 We somehow found ourselves with just Ella on a Saturday night and thought it would be a perfect night to go out to eat.  And so we ended up at City View Tavern, and Ella and I were just as impressed as Michael had been on his first visit.  There is a laid back vibe at City View Tavern that makes me wish it was located in my own backyard.  It’s mostly just burgers on the menu, with a few other options, but I should mention that they also offer vegetarian burger options.  The burgers are great, and the service is pretty quick too which is impressive given that it’s a one man show between the bar and grill sometimes.  You have several choices on how to make your burger special.  I was a big fan of the Goetta Chedda (a cheeseburger with goetta and egg on top), while Michael opted for their famous Big Ted Deluxe.  And Ella had her signature plain hamburger.   All paired with a side of Grippo’s Potato Chips, local beers for the parents and a lemonade for the girl.  Dinner at City View Tavern = a great meal all around with extraordinary views of the city to boot. 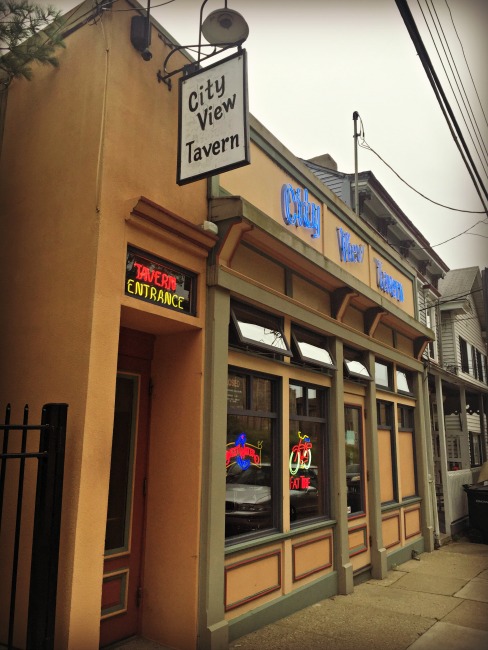 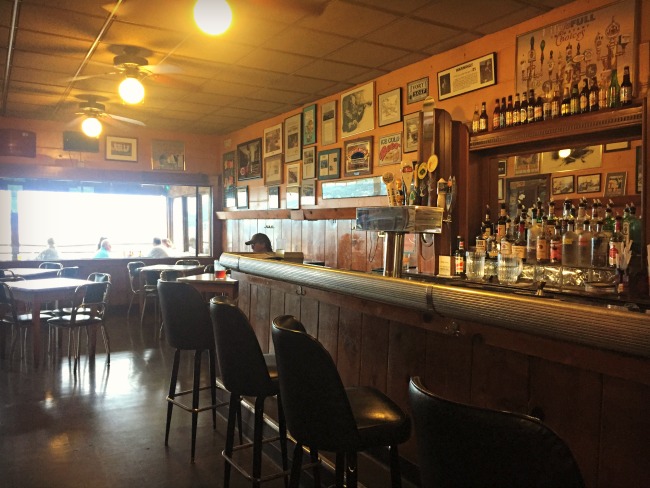 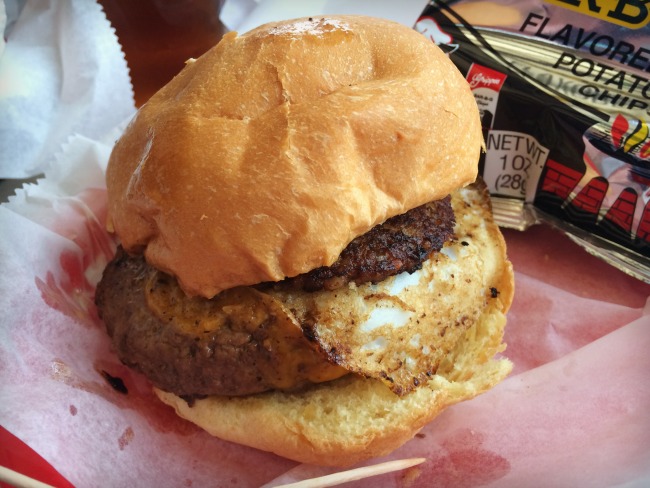 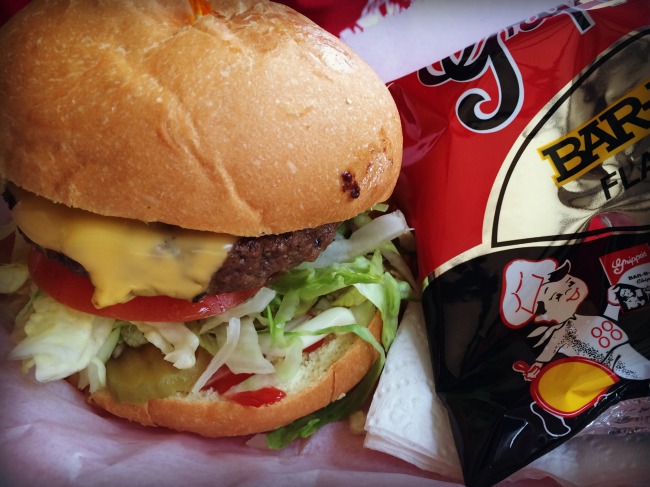 City View Tavern is located at:  403 Oregon Street in Cincinnati