Mummies of the World at the Cincinnati Museum Center 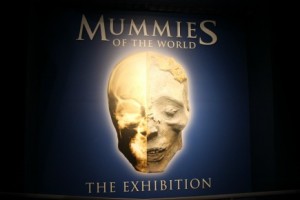 Recently I was given a sneak peek of the “Mummies of the World” exhibit at the Cincinnati Museum Center thanks to WCPO Insider.  I took my nine year old son Max with me since he has shown such an interest in Mummies and Egypt in the past.  I did not know much about this exhibit going in, so I had an idea in my head that the exhibit would feature mostly Egyptian sarcophagi, Mummies, Canopic Jars and the like.   Little did I realize that mummies are not limited to Ancient Egypt.  This exhibit featured Mummies and artifacts from not only Egypt, but Hungary, Germany, South America and more places around the world.  There was even a Mummy made in Maryland in 1994 using the same techniques that Ancient Egyptians used for mummifying!  I think Max’s favorite part of the exhibit was the shrunken head display <shiver>.

The exhibit is intense and fascinating.  You are reminded at the beginning of the exhibit that these mummies were all people once, and that each mummy and artifact tells a story.   Guests are asked to be mindful of this, and to be respectful as they view the mummies, keeping in mind that these are actual remains.  I found it to be quite a powerful and sobering experience to see all of these preserved remains and to learn about the history each artifact told.  For instance, an entire family was found preserved in Hungary and is on display.  To see them all together and to try to think of the lives they lived before tuberculosis struck their home was overwhelming. 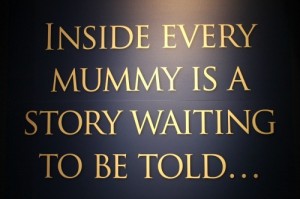 You can walk through the display on your own, or you can pay a bit extra to take an audio tour.  Max and I opted out of the Audio Tour, and I found that the signs within the exhibit were educational and enlightening enough for us.  Perhaps if I had been with another adult instead of Max I would have taken the time to take the audio tour.

Since we’ve gone I’ve had many people ask me if I think that this exhibit is appropriate for children and to that I say that each parent needs to use their best judgement based on your own children.  I personally don’t know that all four of my kids would have enjoyed it as much and they might have been more squeamish about it.  Because as I said, it’s quite an intense experience.  Max, with his endless curiosity and scientifically inclined mind loved the exhibit.    The exhibit featured numerous interactive pieces that he could manipulate to learn more about mummies, and of course there’s a gift shop at the end of the exhibit where you can get anything mummy-related that you can think of.

To give you a better idea of what we saw in the exhibit, below are some pictures from our visit.

Mummies of the World :: 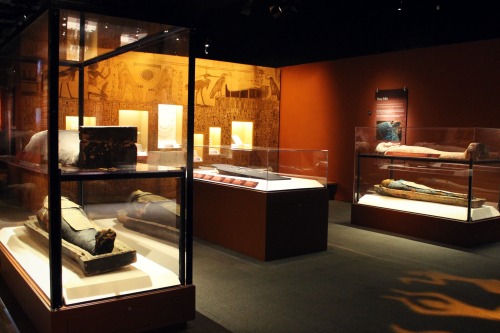 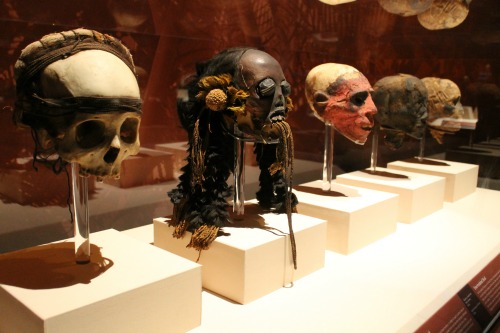 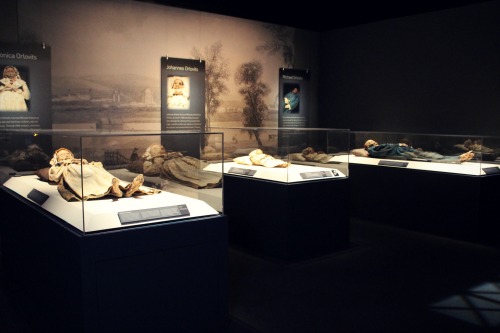 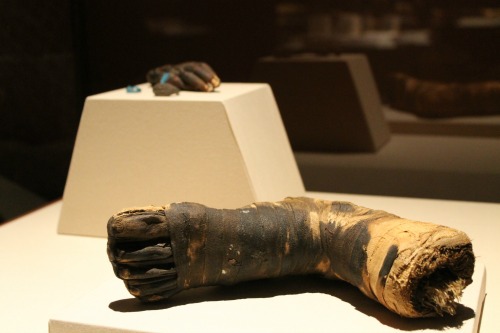 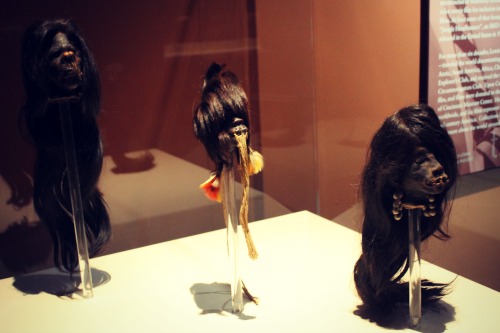 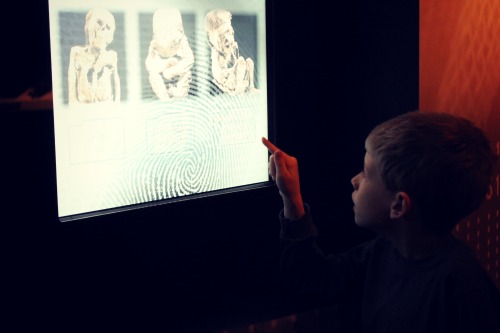 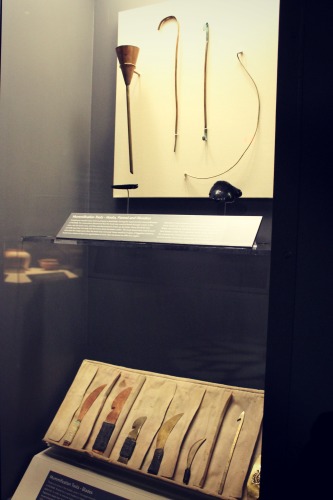 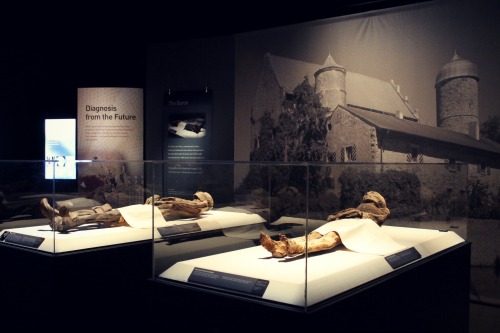 And just in case you want to make your own mummy…. 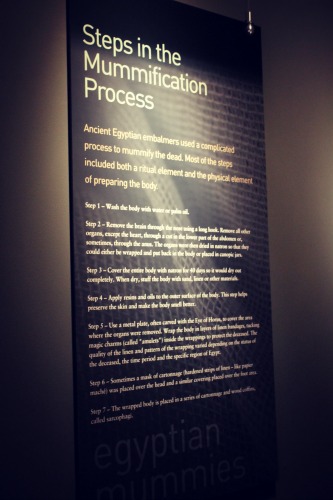 More Details about the Mummies of the World exhibit ::

Mummies of the World is the largest exhibition of real mummies and related artifacts ever assembled, showcasing a collection of naturally and intentionally preserved mummies. This compelling collection, presented with reverence and dignity, includes ancient mummies and important artifacts from around the world.  Included in the collection are the Vac Mummies, a mummified family from Hungary believed to have died from tuberculosis; the Baron Von Holz, a German nobleman found tucked away in the family crypt of a 14th century castle wearing his best leather boots; and MUMAB also known as the Maryland Mummy, a modern-day ancient mummy created by scientists in 1994 using the same methods as ancient Egyptians.
“When we first learned about the impressive mummies in this exhibition, we knew we had to bring it to Cincinnati,” said Douglass W. McDonald, president and CEO of Cincinnati Museum Center. “Mummies of the World is an incredible glimpse into the fascinating mummification process that occurs in nature and the history of science, anatomy and medicine across the globe. We are so happy to bring this top-notch traveling exhibition to our region inviting visitors to come face-to-face with mummies presented from so many distinctive parts of the world.”
Through modern science and engaging interactives, this astounding collection of over 150 specimens and objects reveals how the scientific study of mummies provides a window into the lives of ancient people, offering unprecedented insights into past cultures and civilizations. Declared  “fascinating, intriguing and inspiring” by NBC and “a must see” by Fox TV, Mummies of the World will instill a sense of curiosity and wonder in each visitor.
“We are excited to bring Mummies of the World to Cincinnati,” said Marcus Corwin, president of American Exhibitions, Inc. “Most people think mummies come from Egypt and are wrapped, but mummies come from all over the world. The exhibition is changing centuries-old perceptions about what the general public thinks about mummies and providing insight into the lives and cultures of these ancient people.  Inside every mummy is a story waiting to be told, and Mummies of the World is here to tell those stories.”
Mummies of the World will be on display at Cincinnati Museum Center for a limited time, opening November 26, 2014. Tickets will be available beginning October 28. For more information, please visit www.cincymuseum.org or www.mummiesoftheworld.com.
Pricing:
Adult: $19.50
Child: $12.50
Senior: $17.50
Member Adult: $12.50
Member Child: $8.50

Disclaimer:  I worked with WCPO Insider and received free tickets for this post courtesy of WCPO Insider.  All opinions are 100% my own.