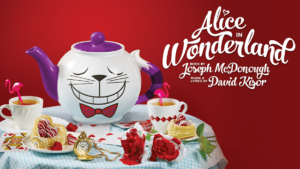 If you are looking for a memorable family experience this holiday season you really should get tickets to see Alice in Wonderland at Ensemble Theatre Cincinnati.  Our family had the opportunity to see the show and all six of us agree that it was wonderful!

Before the show and during intermission you can enjoy some time in the beautiful lobby that has a bar serving both adult and child friendly beverages.  And if you are lucky you may just run in to a friend or two from Wonderland.

I love giving gifts of experiences and “presence” over presents, and I think that tickets to Alice in Wonderland would make a perfect gift this holiday season.  If you are worried that the show might be too much for your little ones, have no fear, it is engaging and entertaining from start to finish and the show is perfectly timed so that little ones are not sitting for too long.  The location of the Ensemble Theatre in Over the Rhine is perfect for grabbing a bite before or after the show, so make a day of it and try a new restaurant and see a fabulous show.  It would be a perfect way to spend some quality time over the holidays! 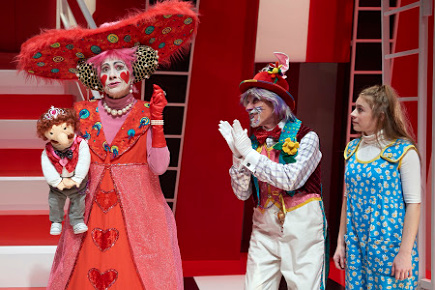 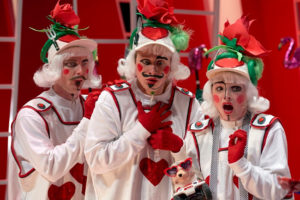 (Cincinnati, OH) Ain’t no party like a Wonderland tea party! Ignite your sense of adventure by joining the ever-curious Alice and her bubbly friends this holiday season as Ensemble Theatre Cincinnati (ETC) presents the return of one of its most popular and cherished family-friendly musicals Alice in Wonderland, playing November 28-December 30, 2018. Based on the adored, imaginative tale by Lewis Carroll, the fantastical classic receives a sassy, contemporary spin by local creative team Joseph McDonough (playwright) and David Kisor (composer and lyricist). Featuring an updated score along with ETC’s hallmark of exuberant, colorful costumes, it is sure to be a sweet holiday treat for the entire family. 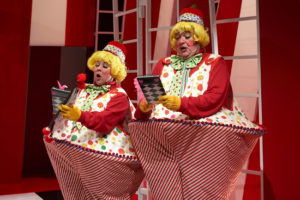 This year’s Alice in Wonderland is the fifth time it will have appeared onstage and also marks the 20th anniversary of when ETC first commissioned and produced it in 1998 (subsequently presented in 2003, 2008, and 2012). Directed by D. Lynn Meyers. Production Sponsor is Macy’s. Queen of Hearts Sponsor is Messer.

“Ensemble Theatre commissioned Alice based on the fact that so many people—spanning multiple generations—know and love the story, so we thought it was time to ask why. In creating the show, it is clear that at its heart is an enduring sense of joy and wonder. Our writers David Kisor and Joe McDonough have captured that so beautifully, and as an audience we get to unwrap the fun together.” says Producing Artistic Director D. Lynn Meyers. 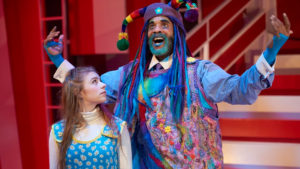 Additionally, this year marks the 25th anniversary of ETC’s Fairy Godmother Program presented each season in conjunction with the holiday production. Created in tribute of late Cincinnati actress Ginny Hoffman, since 1993 this program has brought more than 1,200 economically disadvantaged children annually to the theatre to be among first audiences to share and experience the fun before the show opens to the public. 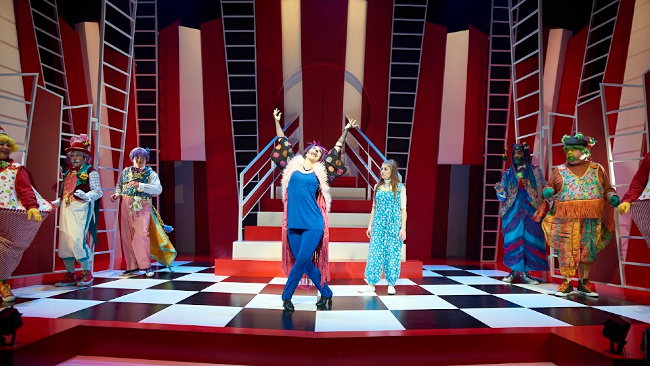 Disclaimer:  My family was given complimentary tickets for review purposes but opinions are 100% my own!  Press release and photos provided by ETC.