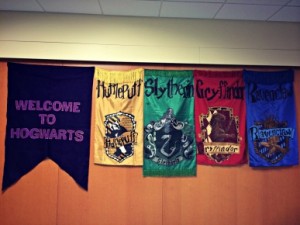 Recently we attended a Harry Potter Party hosted by the fine librarians at the Covington Branch of the Kenton County Public Library.  They went to great lengths to make this a memorable evening for all of the children and families attending.  I had thought going in that the party would consist of a craft or two and some photo opps, I had no idea just how many things they had planned to entertain us.  There was everything from crafts to costumes to snakes to games.  They were also showing a Harry Potter movie and serving snacks.   My boys were in Harry Potter heaven.  I snapped some pictures while they made the rounds at the party, I’m hoping they will be inspiration for future Harry Potter parties at our house and yours! 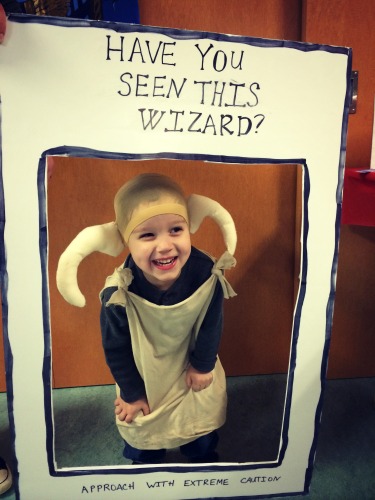 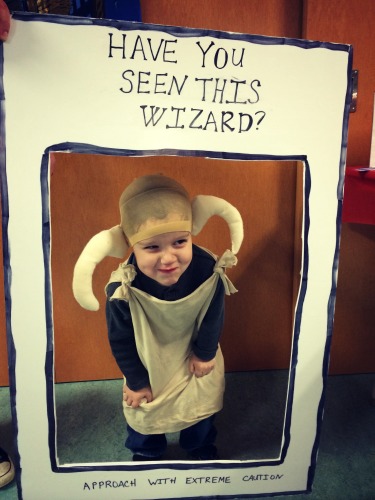 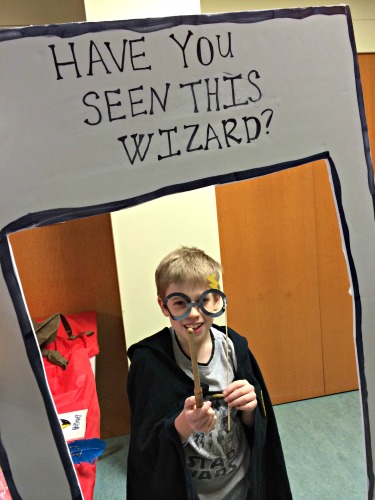 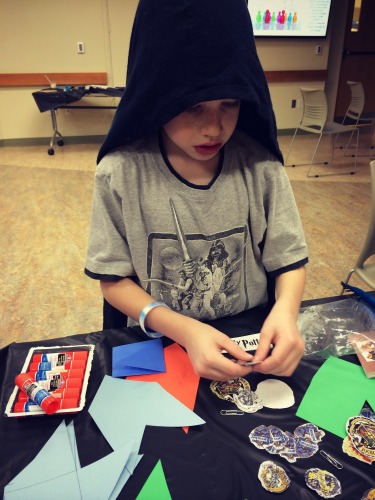 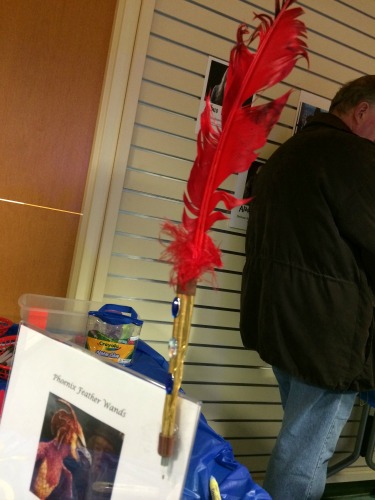 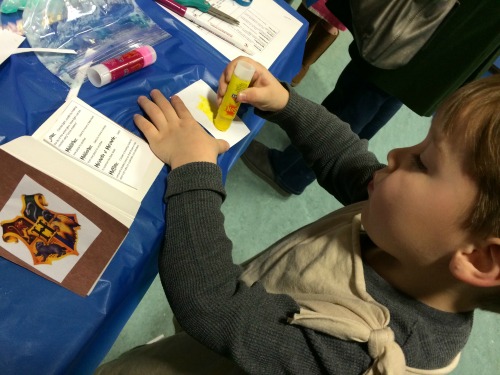 Make Your Own Spell Book 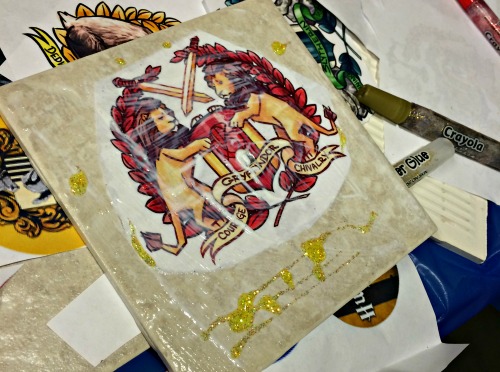 Decorate your own Scribbulus tile 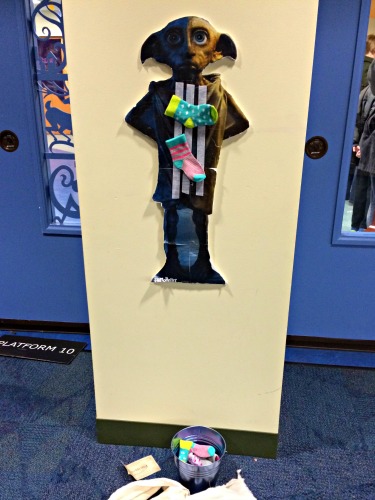 Pin the Sock on Dobby 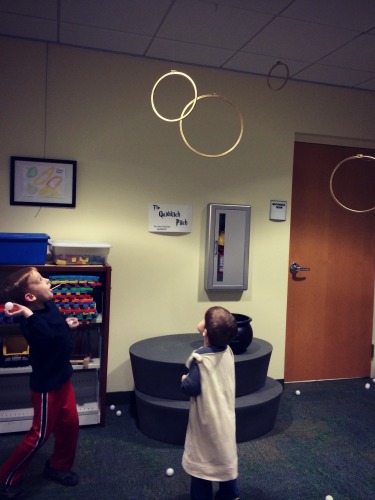 Moaning Myrtle on the Restroom Door: 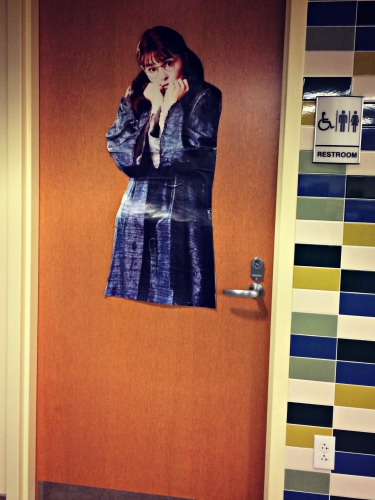 A visit with some “Slytherin” snakes from the Newport Aquarium: 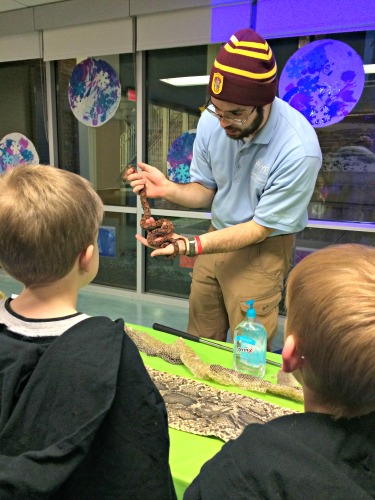 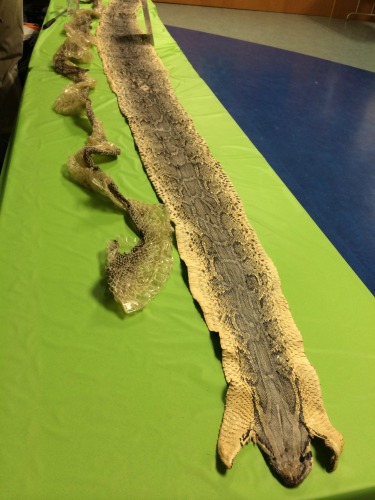 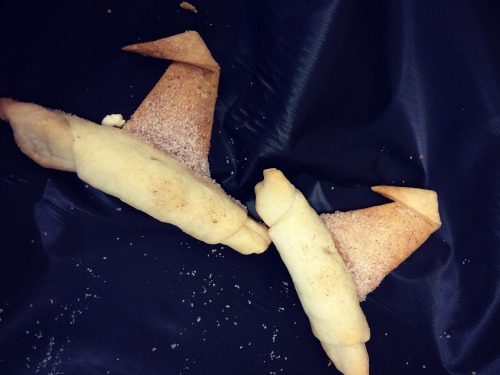 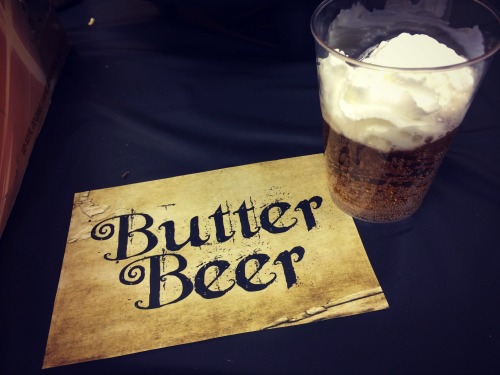 Butter Beer made with Cream Soda and Whipped Cream 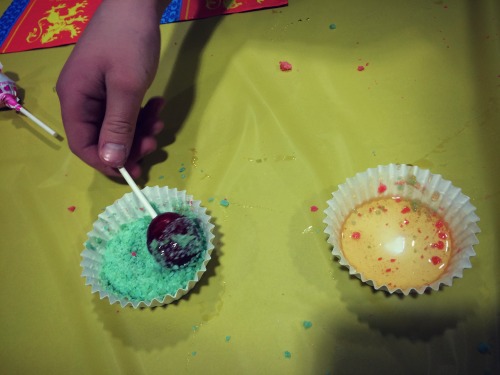 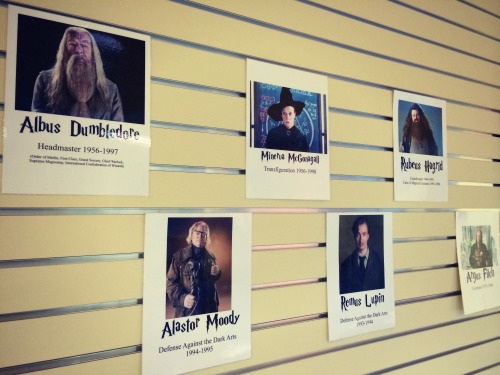 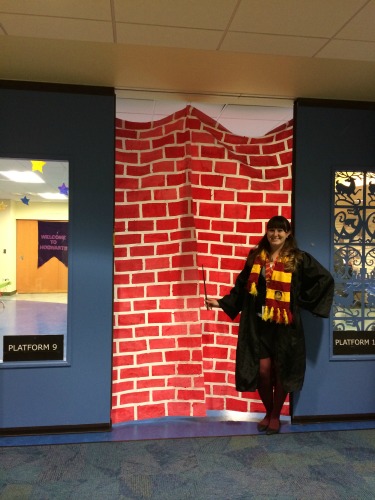 Henry and Hedwig the Owl: 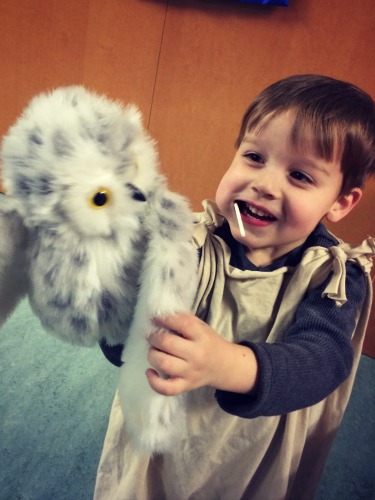